Coudersport may be a small town, but the number of old houses is certainly grand. Here is an autumn look at a small sampling of Coudersport's other historic homes which are all within walking distance of the F. W. Knox Villa. 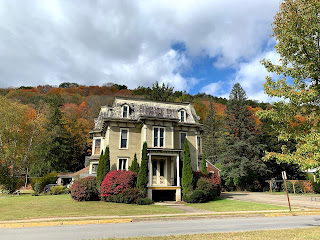 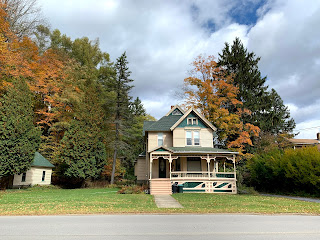 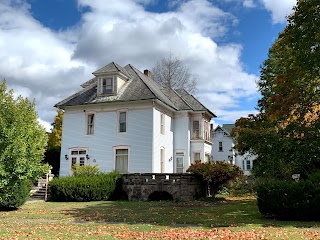 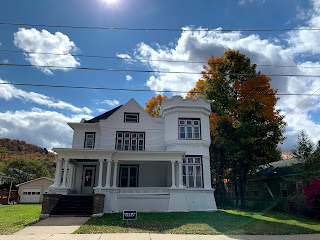 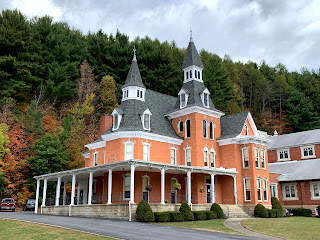 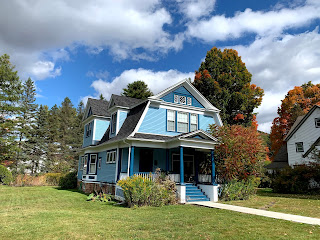 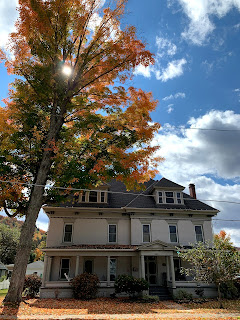 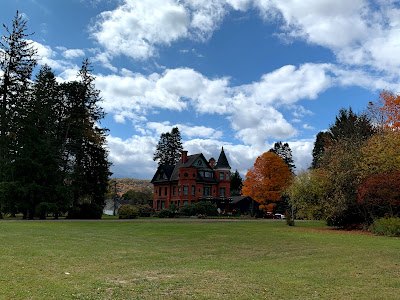 April 21, 2018
The story of the house really begins with Franklin W. Knox, a prominent Coudersport lawyer. On a visit to Pittsburgh, Knox spotted an intriguing Italianate home. He was so fond of its style that he decided he needed to have one just like it. In the Spring of 1879, he had the two story house where he had been residing moved from Main Street to Water Street. His new home would sit prominently in its place with views of the Allegheny River. Construction began quickly and in the Spring of 1880, his very own Italianate Villa was move in ready.      A wide variety of timber was locally sourced from the forests of Potter County. Butternut, chestnut, cherry, maple, black birch, pine, oak, and hemlock would all have a place in the home. These species were incorporated into the trim, moldings, floors and staircases. All of the interior woodwork was to be left unpainted. Oak was used to construct the stunning double spiral staircase which curves up the 55 foot tower. Alternating strips o
5 comments
Read more